Dr Weiss was appointed a Member (AM) of the Order of Australia in 2019 and is also a Commissioner of the Australian Rugby League Commission.

Dr Weiss was formerly Chairman of Ridley Corporation Ltd, Clearview Wealth Limited and Coats Plc, is a former Non-Executive Director of Premier Investments Ltd, Pro-Pac Packaging Limited, The Straits Trading Company Limited, a former Executive Director of Whitlam, Turnbull & Co and Guinness Peat Group plc and sat on the board of Westfield Holdings Limited and a number of other public companies.  Dr Weiss has also been involved in managing large businesses with operations in many regions including Europe, China and India and is familiar with investments across a wide range of industries, corporate finance and private equity type deals.

Prior to joining Disney Randy also served as Vice President of Sales for Universal Studios Hollywood starting in 1986 where he helped generate record attendance and trail blazed the launch of Universal Studios Florida by crafting their pre-opening sales plan. He moved to Orlando in summer 1989 as Executive Vice President of Marketing and Sales/Chief Marketing Officer and led the business through its preopening and launch, and also served in a leadership role on the team which formulated the expansion plan including a second theme park as well as hotels and a massive retail, dining and entertainment complex.

Previous Board roles include the US Travel Association (Chairman) and Brand USA. Randy is an inductee into the US Travel Hall of Leaders, and has been recognised three times as one of the most extraordinary sales and marketing minds by Hospitality Sales & Marketing Association International.

Randy is a member of the Safety & Risk Review Committee and Audit & Risk Committee. David Haslingden was appointed a Director on 6 July 2015 and brings to the Board considerable international business experience, particularly in the US and Australia.

David is a director and major shareholder of Blue Ant Media Inc, a Canadian company that owns and operates production companies and cable networks in Canada and around the world.   He is also Chairman of the Australian Geographic Society.

Previously, David was Chairman and a non-executive director of Nine Entertainment Co. Holdings Limited, President and Chief Operating Officer of Fox Networks Group and Chief Executive of Fox International Channels. David holds a Bachelor of Arts and Bachelor of Laws from The University of Sydney and a Master of Law from the University of Cambridge.

David is Chair of the Remuneration & Nomination Committee and a member of the Safety & Risk Review Committee.  David is also Chair of the Dreamworld Wildlife Foundation. David was appointed Lead Independent Director in May 2018. Brad Richmond was appointed a Director on 3 September 2017.

Before joining Darden, Brad was a senior auditor with Price Waterhouse & Co.

Brad holds a Bachelor of Sciences/Bachelor of Arts degree from the University of Missouri.

Brad is Chair of the Audit & Risk Committee and a member of the Remuneration & Nomination Committee. Erin Wallace was appointed as a Director on 1 January 2022 and brings to the Board extensive experience as a senior executive in operations management, the hospitality and theme park industries and business process improvement.

Erin is the former Chief Operating Officer at Great Wolf Resorts, Inc., a role she held from 2016 through 2019. In this role she was responsible for leading more than 9,000 employees at 18 lodges throughout the United States. Great Wolf Resorts, Inc. is America’s largest family of indoor water park resorts and has over seven million guests a year.

Before joining Great Wolf Resorts, Inc., Erin was the Chief Operating Office of Learning Care Group, Inc. from February 2015 to August 2016, where she led more than 16,000 employees in delivering operational excellence to the families served at more than 900 schools throughout its umbrella of five brands.

Prior to that, Erin’s 30 year career at the Walt Disney Company spanned many roles in Theme Parks and Resorts concluding with Executive Vice President of Operations Strategy, Planning, Revenue Management and Decision Sciences, encompassing all of Disney Parks’ domestic and international sites. After joining Disney as an industrial engineer in 1985, Erin’s roles included Senior vice President of Walt Disney World Operations where she oversaw the largest and most popular resort destination in the world, Vice President of Walt Disney World’s Magic Kingdom and General Manager for Disney’s Animal Kingdom and Disney’s All-Star Resort.

Ms. Wallace is a Distinguished Alumni at the University of Florida where she graduated with honors and a BSIE, and an MBA from The Crummer School of Business at Rollins College.

Ms. Wallace is a current Director and Chair of the Governance Committee at FirstService (FSV) and is a Trustee of Rollins College. 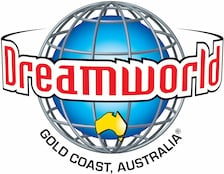